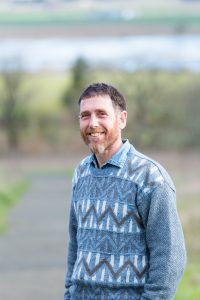 Hi, I’m John. I’m originally from England, but have lived in Oregon since 1992. During a college vacation, God gave me the opportunity to work in Israel. There He expanded my understanding of the Bible and gave me a love for cross-cultural ministry. A year teaching in East Africa reinforced that. After marrying Janet, we pioneered a church plant and, two years later, moved to Mozambique, Africa to work with a missionary agency distributing relief goods and teaching the Bible.

We first came to America in 1991 to join Youth With A Mission (YWAM). At the same time, we spent several years in the Vineyard movement before pastoring a church in St Croix in the US Virgin Islands for three years. Now we focus on making disciples who make more disciples, trying to be like Jesus.

My book, The Name Quest – explore the names of God to grow in faith and get to know Him better was published by Morgan James Publishing in October 2015.

Since about 2014, I have been writing short Bible devotionals based on things the Lord speaks to me as I pray and read the Bible. These are being compiled by topics and turned into a series of books called The Sparks Series. The Questions of Jesus was published in October 2022. The Kingdom of God will appear in early 2023.

I hike, snowshoe and cross country ski, but Caribbean water spoiled me and put me off swimming in more northerly oceans. Janet and I are bird-watchers and keep one important British tradition going—our afternoon tea.

Most of all, I love to worship the Lord. I enjoy being a Bible teacher, and leading people closer to Him and toward spiritual maturity. So enough about me, take a look at the Bible devotions.